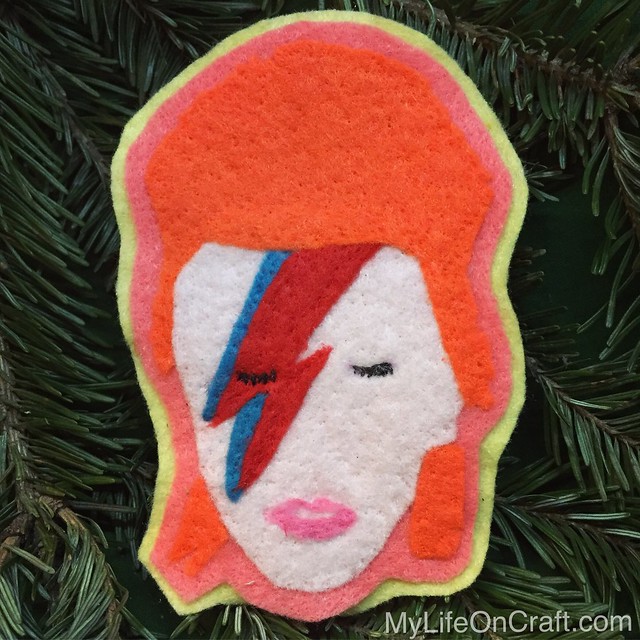 My third original felt ornament design (free template coming soon). I used inexpensive acrylic felt, needle-felted with a #40 triangular felting needle. I used fabric glue to adhere the needle-felted layers to a piece of light yellow felt to finish (hides the needled back & gives it some stability). I embroidered the eyelashes with double-strand embroidery thread. RIP David Bowie. 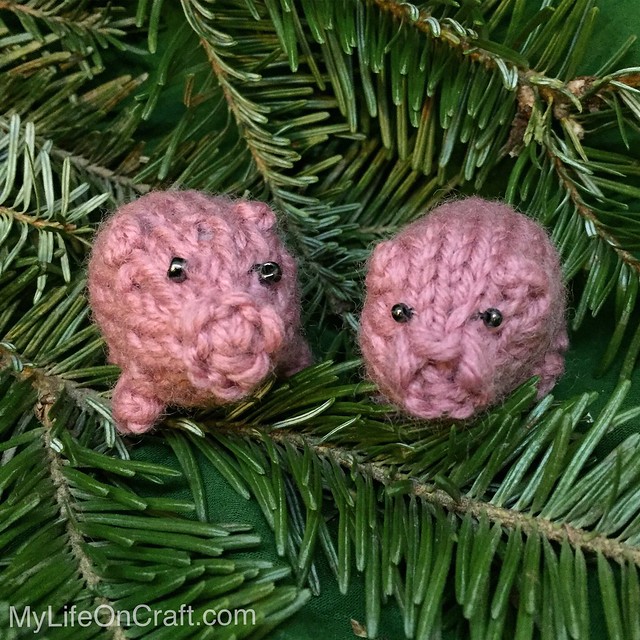 Another fast and easy knit, free Chichester the Pig pattern from Apocalypse Knits, knit with scrap wool tapestry yarn and #4 needles. Knit while on the 6 train, in a waiting room and during a beer & cheese pairing, this is a seriously fast and clever little knit. 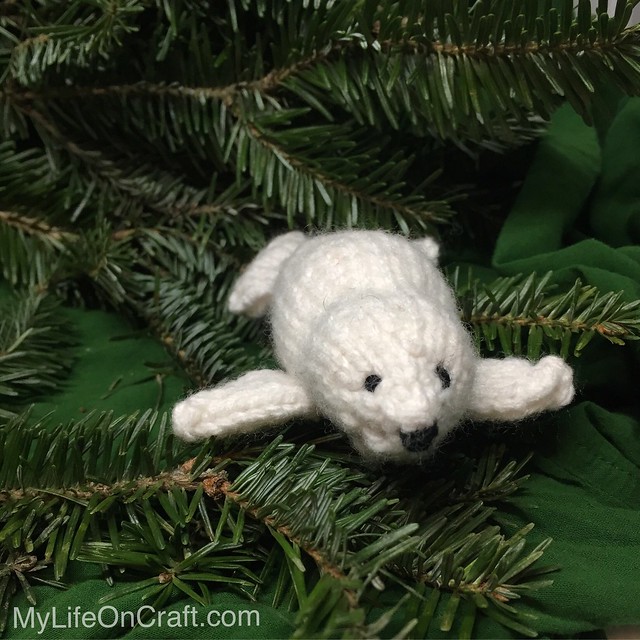 Fast & easy baby seal, knit up in acrylic yarn (which I don’t love working with but it is only an ornament, after all). Pattern by Sachi Ishii and available on her website. The pattern worked up really fast and I highly recommend it –  the little guy didn’t photograph very well and he’s even cuter in real life! 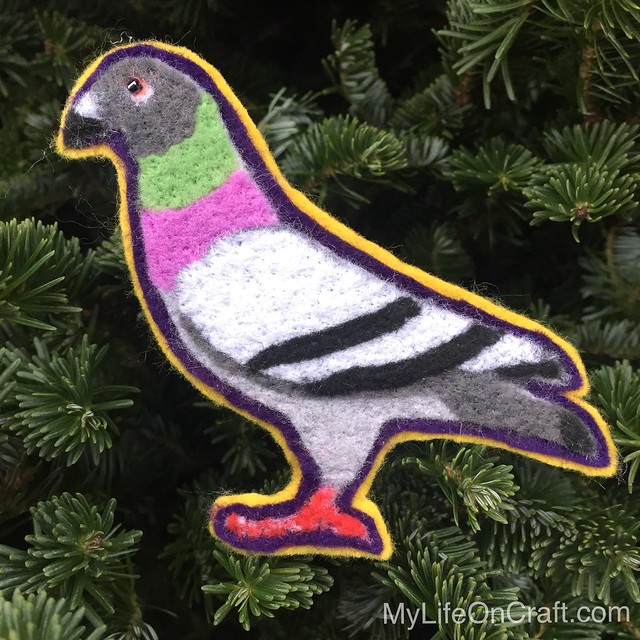 My second original felt ornament design. I used inexpensive acrylic felt, needle-felted with a #40 triangular felting needle. I used fabric glue to adhere the needle-felted layers to a piece of mustard yellow felt to finish. I stitched on an iridescent black bead for the eye.

Template coming soon (probably not until the weekend as the rest of my week is pretty jam-packed). 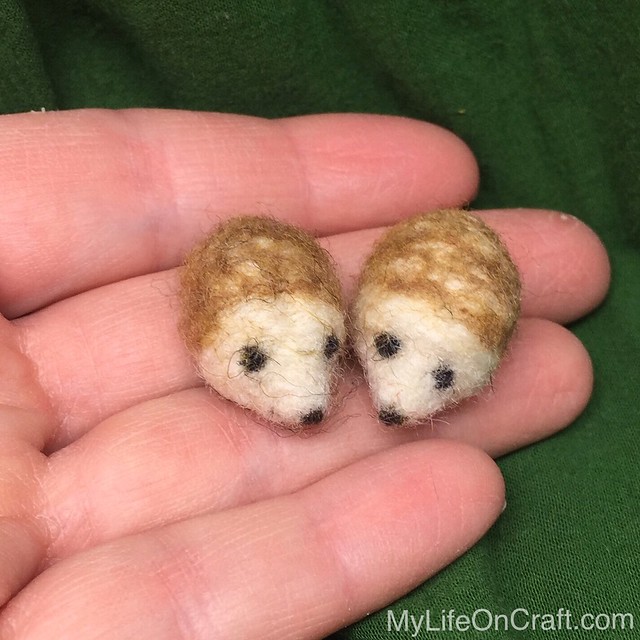 Tiny hedgehogs for a tiny tree which we don’t yet have, created from needle-felted wool. 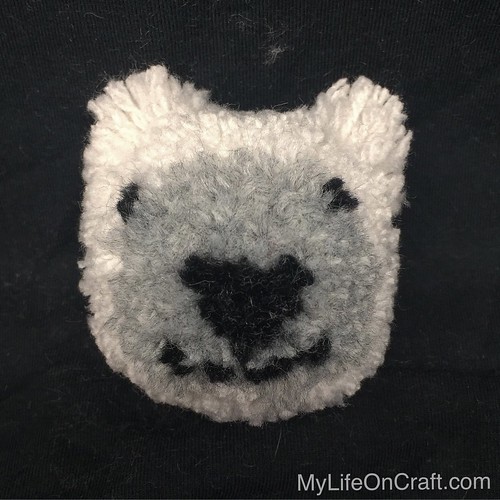 I picked up a pack of pompom makers from Flying Tiger this week (only $4 for 3 sizes!). I have a vague memory of making pompoms at some point as a kid but definitely didn’t have a cool little pompom maker. I broke them out last night and tried a few: 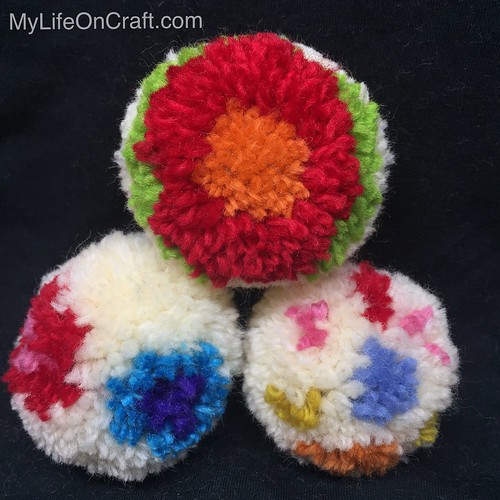 Pretty addictive. Also quite challenging. I found some great directions and tips on the Mr P blog – the flower tutorial is here and there are tutorials for fruit, houses, mountains and more, including some some cute animals which were what really sucked me in. And then I came across Tsubasa Kuroda‘s pompom creations – holy wowza, they’re all so cute and intricate and flat-out amazing. I knew I had to give it a go. I attempted a polar bear – whoo, not so easy. Not that I really thought that it would be, but still, I definitely need some practice. It’s darn fun, though, and I feel like I’m getting a better feel for it. Once you get the layering/mirrored symmetry concept down (explained in Mr P’s flower post), it’s yarn ratio, spacing and arranging and a heck of a lot of trimming. My “polar bear” doesn’t look like the one I pictured in my head, but it’s still kinda cute and has a vague resemblance to a polar bear. I learned a lot and am looking forward to trying another one soon. I’ll take more process photos the next time, too. And I really want to get some fancy-pants fake eyes and perhaps needle-felt up some ears. And maybe try some fruit and mountains, too. I’m getting excited all over again just thinking about it. Yippee! 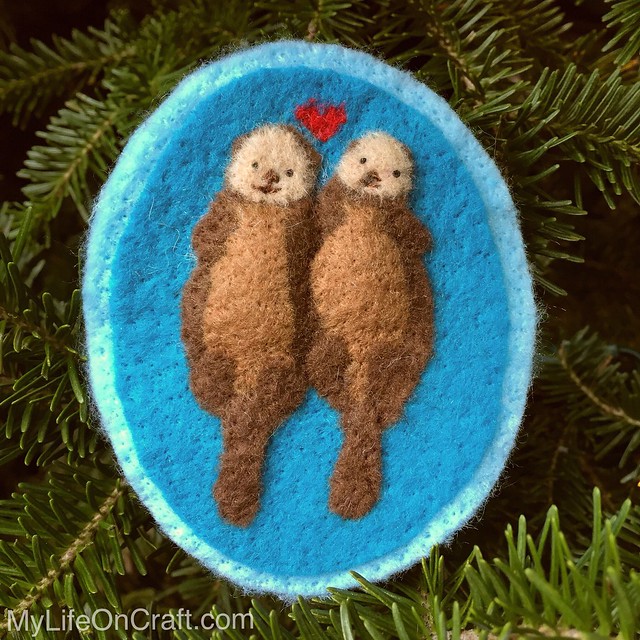 The template can be downloaded here. 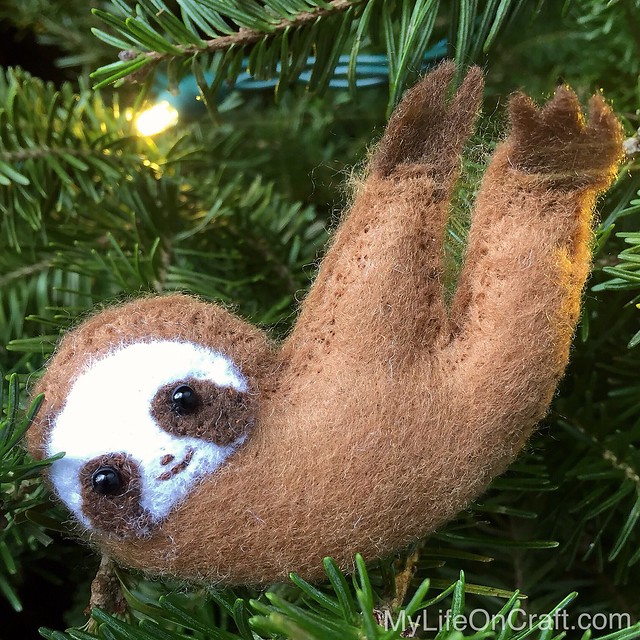 The pattern is from the American Felt & Craft blog and can be found here. I used inexpensive acrylic felt, needle-felted with a #40 triangular felting needle and lightly stuffed with polyester filling. Black beads for eyes and mouth and nose stitched with embroidery thread. 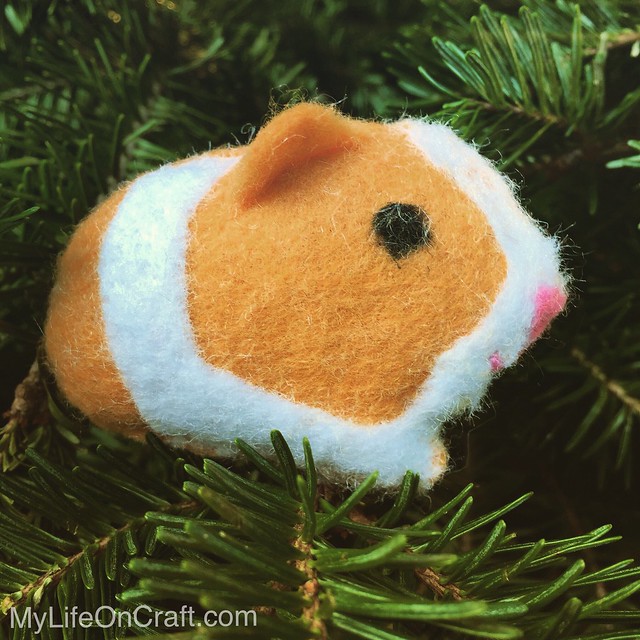 The pattern is from the Cali Cavy Collective blog and can be found here. I used inexpensive acrylic felt, needle-felted with a #40 triangular felting needle and lightly stuffed with polyester filling. Smile stitched with pink embroidery thread.

TSNEM (Try Something New Every Month): Inspiration, Planning & My Projects

I joined the Try Something New Every Month challenge in January of this year. This is a fantastic challenge that Stephanie from Swoodson Says and Rebecca from Hugs Are Fun are co-hosting. They have a list of suggested themes & a Facebook group. I’m going to use this post to collect inspiration, ideas & plans for future months. 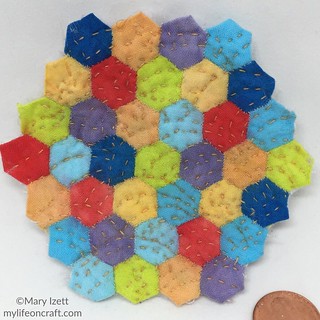 I tried sculpting tiny creatures with Creative Paperclay. I’d like to incorporate them into mini dioramas or jewelry or something. Soon… 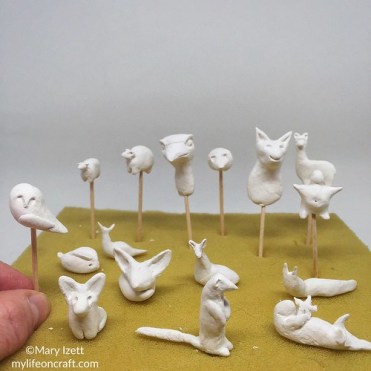 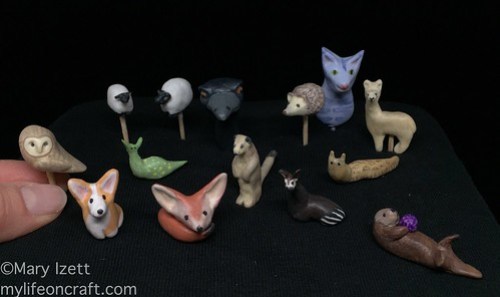 I didn’t stick to the theme on this one (and I painted the tiny creatures last month). Instead, I tried weaving on my mini Jim Hokett loom & tissue paper mache. The tutorial for the tissue paper mache light shade is here. 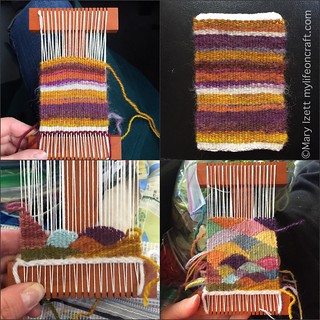 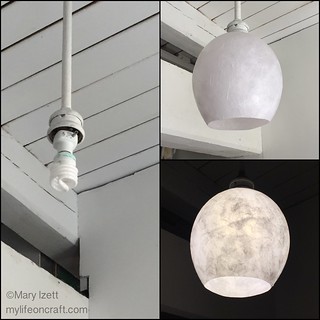 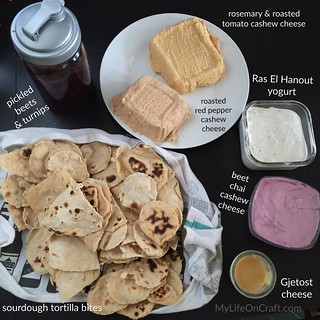 December- Choose your own!