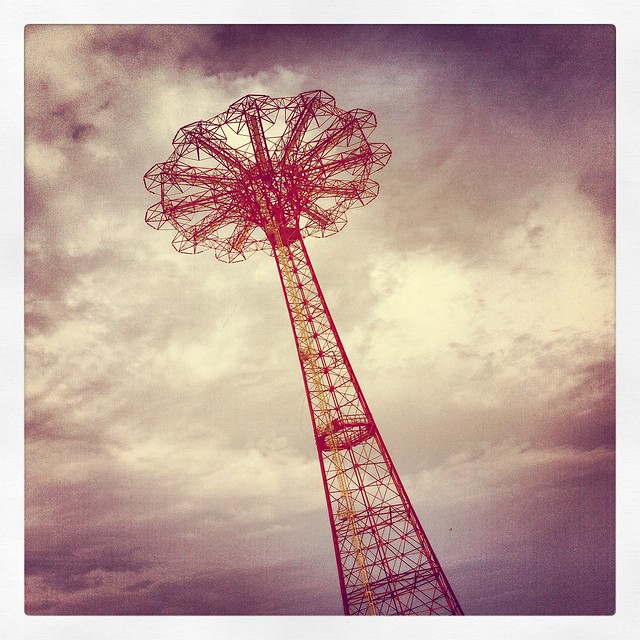 Symbol Key: (I’ve tweaked some of the colors in an attempt to make the list easier to read)

*The VSK (Very Special Keg) tonight at The Blind Tiger in the Village is the Stone Ruination Tenth Anniversary IPA and will be tapped at 5 pm. Bonus – they’ll be pouring Stone Sublimely Self-Righteous and Stone Cali-Belgique as well tonight.

*Tonight’s $10 Tuesday Night Tasting at Jimmy’s No 43 in the East Village kicks off a 3-week sour extravaganza. Mike Lovullo will be pouring his Sour Picks. The list:

**There’s a Tuesday Tasting at Radegast Hall & Biergarten in Williamsburg tonight beginning at 7:30 pm. Get a flight of four beers for $10 or purchase by the glass. Live music by Emily Asher.

*Rattle n Hum in Midtown has a Belgian Beer Night with these beers on by 4 pm:

*The free Tuesday Night Tasting at Bierkraft in Park Slope features recent brews from the Sierra Nevada Beer Camp program and begins promptly at 7 pm. The following will be featured:

*Heartland Brewery is hosting their 2nd Annual Home Brewer Contest tonight from 6 to 9 at their Empire State Building location. Tickets for the public are $30 and grant you 18+ samples of homebrew, hors d’oeuvres and Heartland brews. This was a lot of fun last year (I judged last year and am doing so this year) with some delicious homebrews and a fun crowd.

**The Knights of Bruklyn Home Brewer’s Sentry Season 3 Kick-off Homebrewing Competition is tonight at 7 pm at Union Hall in Park Slope. This is a fun event and a great chance to taste some of the best homebrews around. All of the samples are free while they last and Union Hall has some nice draft beers and nibbles for purchase as well.

*The $10 Tasting at Idle Hands in the East Village features Great Divide. $10 at the bar between 7 & 10 pm gets you: full pours of Great Divide Hoss & Rumble, samples of Great Divide Titan, Hercules & Yeti, a taste of bourbon TBD and an order of Tater Tots from That Burger with specially made dipping sauce made with a Great Divide beer.

*Taproom 307 in Gramercy has a Summer Lovin’ event beginning at 6 pm and features beers from Ommegang, Duvel, Liefmans & Chouffe.

A GA ticket gets you a plate of food and a pint of Brooklyn beer. Tickets can be purchased here.

**Beer Authority in Hell’s Kitchen hosts Boulder Beer Company for their first beer event tonight at 5 pm. Boulder Brewmaster David Zuckerman will be on hand and 10 Boulder beers will be on draft.

*Bierkraft in Park Slope hosts a Pretty Things Meadowlark IPA Release tonight at  beginning at 7 pm. Jim Barnes will be spinning tunes and several other lines of Pretty Things will pour.

**Burp Castle in the East Village has a beer and chocolate pairing event from 7 to 9 pm tonight. Clay Gordon from The Chocolate Life hosts and every guest will receive chocolate with every beer purchase. Clay is a chocolate expert (and good friend) and I have no doubt that he’ll be bringing some very interesting & tasty chocolate to the table tonight.

*The Thursday Tap at Jimmy’s No 43 in the East Village features the Professor Fritz Briem 1809 Berliner Weisse and will be tapped by 5 pm.

**One Mile House on the Lower East Side has a Hop it Up & Hog it Out! event beginning at 3 pm today. Their first annual Pig Roast will feature buckets of canned craft beers and free pig.

*Zum Schneider in the East Village hosts their 12th Anniversary Party today from 1 pm on. Festivities include Live oompah music with Mösl Franzi and the JaJaJa’s, Pig on the Spit and DJ Volka Racho on the decks.

Impressive and/or larger events that are coming soon:

That’s it for now. My friend Chris O’Leary does a fine job of listing daily NYC-area events on a daily basis – please check out his picks (& other beer news) at Brew York New York. My friend Riley has an excellent listing of weekend food & drink events in NYC on his site, RileyList. Want to know what’s on tap around the city? Check out Beer Menus for tap lists and local event listings.

This Week in NYC Beer Events