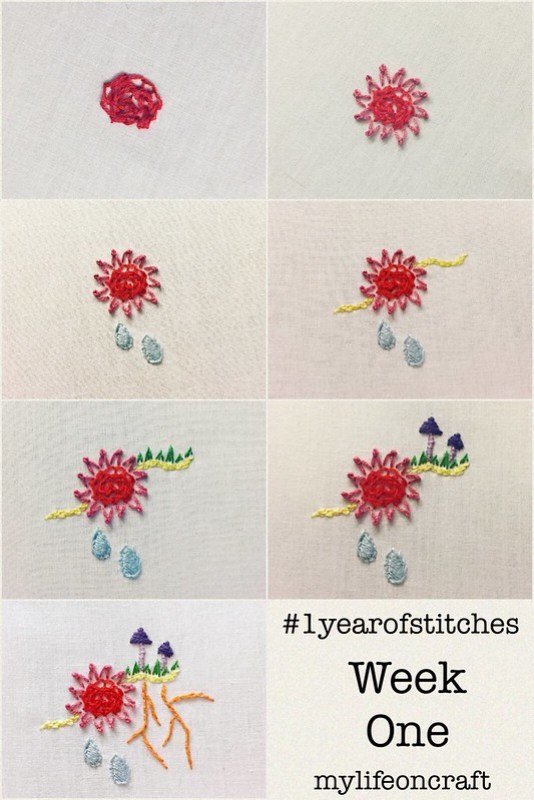 Well, 2017 isn’t quite off to the start that I wanted, unfortunately. My creative staycation morphed into a sickcation as I came down with a virus that turned into bronchitis and has kept me down for the last couple of weeks. I’m on the mend, though, and I managed to make pretty good use of my sick time. I rewatched/watched A LOT of movies – all of the Harry Potters and the complete Marvel Cinematic Universe plus a few more. I usually have a very hard time sitting still for movies so this was pretty unusual and quite fun. And as knitting takes minimal energy, I did quite a bit of it. I don’t have pics of my knitting projects yet, but I managed to finish a scarf, two hats, a pair of fingerless mitts and begin a necklace/scarf project. I also got underway on two different daily challenges for 2017.

I came across this article around the same time that I embarked on my 25 Days of Handmade Ornaments project. And while I didn’t complete an entire ornament every day, I did do a little something creative every single day. And I continued to do so for the rest of the month, even though I was pretty darn sick. And I have to agree with the study cited in the article – my overall life satisfaction and happiness is increased when I’m doing a little making every day. And I feel less stressed, too. And that makes me an overall more productive person – more able to stand up and fight for what I believe in, to bring/spread happiness to other people and have higher functionality in just about everything – my job, my hobbies, my marriage, my friendships, etc. But I also know that I’ll need some structure to help me be a little bit creative every day. Big projects, like sewing a piece of clothing, take time and aren’t always suited to working on for only minutes at a time. I needed a small, ongoing project that continued to capture my interest and might only require a couple of minutes at any given time, something that can be picked up and put down easily. The 1 Year of Stitches caught my attention pretty quickly. I really enjoyed embroidering last year and it’s the perfect quick pick up kind of project. So I signed up for it. There are 2,379 members in the Facebook group as of writing! It’s pretty fascinating to see the different approaches, materials and progress. My approach is free-form – I’m stitching whatever comes to mind. I’m trying new stitches, practicing stitches I already know and trying a bit of drawing with thread. I’ve been saving it until right before I go to bed and only doing a small bit. But it’s really fun so far and definitely energizing. I suspect that I’ll switch to different times of the day once I’m well but who knows? I’m going with the flow here. I’m posting daily updates on Instagram and I’ll post weekly updates to the Facebook group and here on the blog. 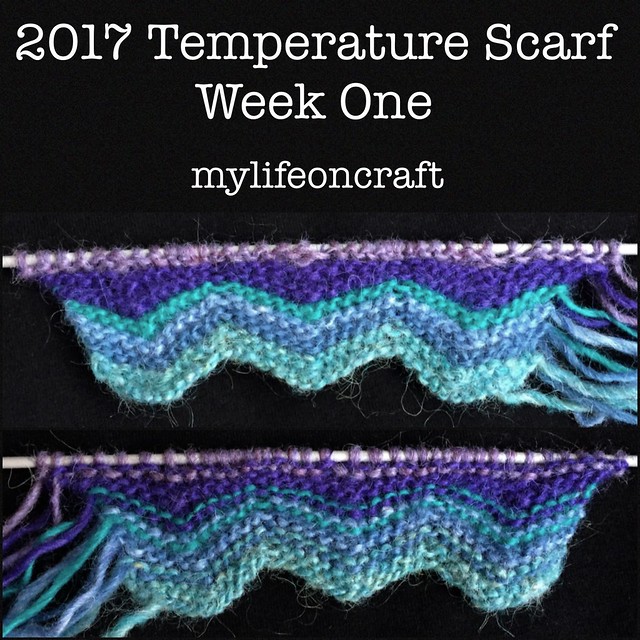 I also stumbled upon something called a temperature scarf while browsing through projects on Ravelry. The basic idea is that you knit or crochet a row or two every day in a color that represents a certain temperature range. Now this sounded interesting. I tend to drop knitting when the weather warms and this might actually keep me going throughout the entire year. The idea apparently originated on this blog back in 2013. Now there are over 500 projects on Ravelry alone. Pretty neat. I had picked up a bunch (well, all of the colors) of Léttlopi when I was in Iceland last year. It’s quite inexpensive there and they sell a bunch of colors exclusive to the Handknitting Association of Iceland, which is where I bought all of my yarn. So I dug into my stash and chose colors for my palette, decided on a temperature range for NYC, found a cool pattern on Ravelry and cast on. I’m using the high temp for the day, as recorded at Central Park by the NOAA. I’m knitting 2 rows per color/day with a US #3 needle so it doesn’t end up hella long at the end of the year. 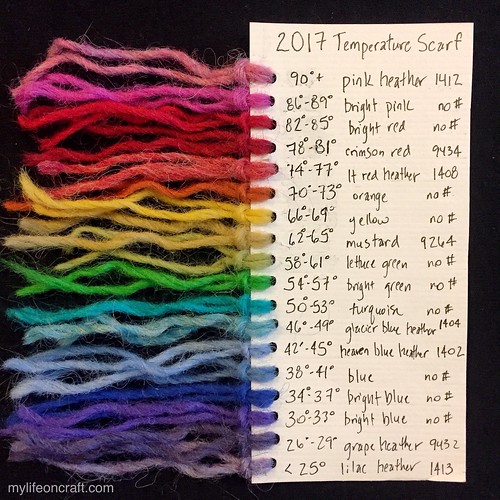 So far, so good. It’s only been one week but these are both great challenges to bring a little creativity into my life on a daily basis. They’re easy to fit in regardless of the other projects that I have going and only take a few minutes every day. I’ll post pics of my other knitting projects soon and add some other updates – I’ve got a bunch of stuff that I want to try this year, from machine sewing to felting and everything in between. 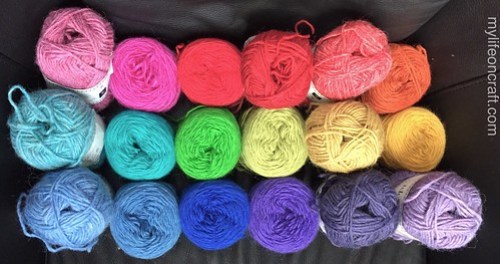